← more from
Catskills Records
Get fresh music recommendations delivered to your inbox every Friday.
We've updated our Terms of Use. You can review the changes here. 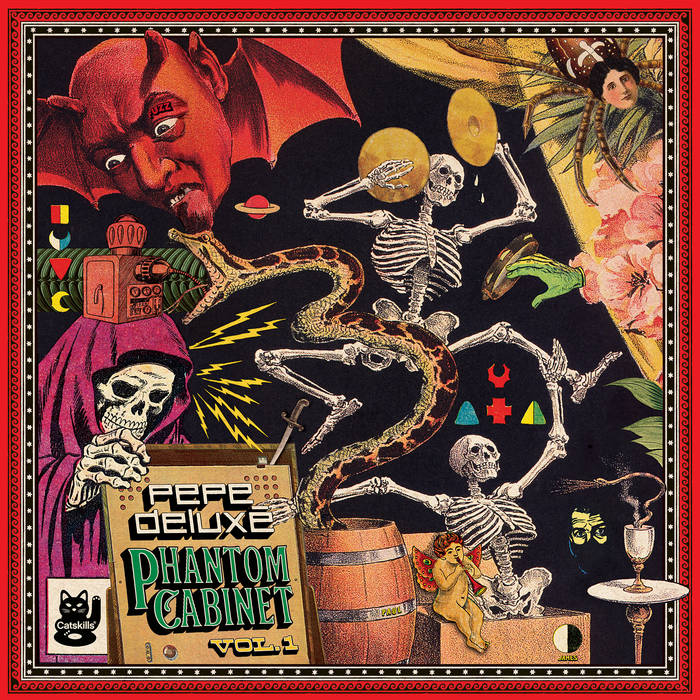 Decipan (Fan) This is a masterpiece. Spare Time Machine was my favourite Pepe release until this one. everything about it just works do beautifully together

Deaf Gilgamesh this is outrageously fun! Favorite track: Fire Up the Crimson Lion.

Nigel Carling I have waited nine long years for this and it doesn't disappoint. I love the idea that people can make such music with such freedom and no thoughts of commercial gain. This is massively produced but still pure. I love you Jari and your merry crew. Music should make you feel happy... This is digital sunshine... Or Prozac ❤️ Favorite track: Girl from Satanville ft. Demon Fuzz.

kingravana I had a good time. PC Vol.1 is masterful and speedy. pepe deluxé and the folks at Catskills records. 2021 is good. Favorite track: Tyger Boy, Rocket Boy.

Pepe Deluxé's are proud to present their new album "Phantom Cabinet Vol. 1", their since 2012's masterpiece "Queen Of The Wave"

Phantom Cabinet Vol. 1 is inspired by the golden age of records, and it features the most insane collection of instruments on any album - or anywhere - ever! From the largest to the loudest musical instrument in the world, from Alexander Bell's human ear recorder to a Tibetan human skull drum, from the oldest synthesizer in the world to a synthesizer designed for group sex, from da Vinci’s drum machine to God’s Trumpet, captured with an occult Soviet machine …and everyone’s favourite the world’s largest cowbell. This peculiar assemblage contains sounds from dozens of incredible and extraordinary instruments, recorded at various museums, universities, and private collections around the world.

Bandcamp Daily  your guide to the world of Bandcamp

The Hammer and The Relentless from the Boston band Malleus stop by for a chat.